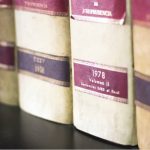 May 2019 was a slow month in the Georgia appellate courts for family law related cases. No new custody or visitation cases were released (although April’s Dingle v. Carter was reconsidered and re-issued with revisions). And only one other family law related case was released (see below).  It was, however, a busy month in Georgia.. END_OF_DOCUMENT_TOKEN_TO_BE_REPLACED

April 2019 was an interesting month for custody and visitation cases released by the Georgia Court of Appeals. Long v. Truex, Case Nos. A19A0038 and A19A0749, Georgia Court of Appeals, April 10, 2019. Facts: When the parties divorced in 2014, they shared joint legal custody of their son, with Truex (Father) having primary physical custody… END_OF_DOCUMENT_TOKEN_TO_BE_REPLACED

Johnson v. Johnson, Case No. A18A1654, Georgia Court of Appeals, March 5, 2019. Facts: Pursuant to the parties’ settlement agreement, the father paid child support, and had visitation with the children, including an adult son with Down Syndrome. Two years later, the mother filed a contempt action alleging that the father violated the support and.. END_OF_DOCUMENT_TOKEN_TO_BE_REPLACED

Woodall v. Johnson, Case No. A18A1927, Georgia Court of Appeals, February 7, 2019. Facts: Woodall and his former wife (“Mother”) divorced in 2013. In 2014, Mother married Johnson. In 2015, Woodall was held in contempt for failure to comply with the parenting plan and to pay child support. Pursuant to the contempt order, Woodall’s visitation.. END_OF_DOCUMENT_TOKEN_TO_BE_REPLACED

Plummer v. Plummer, Case No. S18G0146, Georgia Supreme Court (January 22, 2019). Facts: The parties were divorced in Camden County in 2013. Mother, who lived in Florida, had primary physical custody of their child, and Father had visitation. In 2015, Father filed a custody modification action in Camden County, where he still lived. Shortly thereafter,.. END_OF_DOCUMENT_TOKEN_TO_BE_REPLACED

"I feel so fortunate to have had your counsel. I appreciate being so actively involved. You really helped to make a devastating event bearable."

"You truly got involved and found the truth . . . You obviously care about the children."

"I do appreciate your insights into this case. You let this case unfold and you viewed the entire circumstance before committing to a viewpoint. For that, I am very grateful."

Steven I., Father in GAL case

"Regardless of the outcome, I thought you did a fine job. I understand your ethics and feel that reflects well not only on you, but me. Thank you for your patience at my frustration."