Closing out the year, in December 2022, the Georgia Court of Appeals and the Georgia Supreme Court each released one opinion related to custody. Scroll down for more information.

The minor child at issue in this case was born out of wedlock to Barnhill (father) and Hush (mother). Hush had primary custody of the child, and they lived with Alford, the maternal grandmother, who helped raise and support the child. However, when the child was five years old, Hush died, and the child went to live with Barnhill and his wife, Katheryn. Two months later, Alford filed the instant grandparent visitation action. Shortly thereafter, without giving notice to Alford, Katheryn, adopted the child. Barnhill then filed a motion to dismiss, asserting, among other things, that Alford no longer had standing to pursue grandparent visitation since pursuant to  O.C.G.A. §19-8-19, the adoption severed all of her legal ties with the child. The trial court denied the motion to dismiss. The Barnhills followed with a motion challenging the constitutionality of portions of the grandparent visitation statute, which the trial court also denied. Ultimately, the court awarded visitation to Alford. The Barnhills appealed.

Affirmed. The trial court did not err by denying Barnhill’s motion to dismiss. Alford had standing to seek visitation under O.C.G.A. §19-7-3(a)(2) because of Hush’s death. The child’s subsequent adoption by Katheryn does not change this. Likewise, O.C.G.A. §19-7-3(b)(2), which prohibits grandparent visitation actions when the child is living with both parents does not apply, even though the now-adopted child is living with both parents. The majority noted that O.C.G.A. 19-7-3(d), not relied upon by the trial court, also permits biological grandparents to pursue visitation rights with their deceased child’s children, even after an adoption by a step-parent. Finally, O.C.G.A. §19-7-3(c)(2), which bars a grandparent visitation action in any year in which another custody action has been filed, does not apply in this case, even though a modification action between Hush and Barnhill was finalized only a few months before Hush’s death and Alford’s petition. Rather, the clock starts running as of the date of the previous custody action was filed, not the date of the final order.

The parties, the child’s therapist, experts and the Family Coordinator testified at trial. Alford established that the child lived with her for over four years, and that she supported and cared for the child during that time. In the end, the evidence and testimony supported the trial court’s conclusion that harm would come to the child if Alford is not awarded visitation. Accordingly, the trial court did not abuse its discretion in awarding visitation to Alford.

O.C.G.A. §19-7-3(c)(3), which provides for a rebuttable presumption in favor of visitation with the family member who has a pre-existing relationship with the child, was not implicated or relied upon by the trial court. Accordingly, the Supreme Court did not weigh in on the Barnhills’ constitutional challenges to that Subsection, or to Subsection (c)(5), which provides for a minimum of 24 hours of visitation with a family member.

Justice Bethel concurred specially. He amplified the majority’s and trial court’s concerns that Barnhill’s failure to notify Alford of the adoption until after it was finalized “appears to have been an intentional effort to abuse the judicial system.” He further chastised Barnhill for violating O.C.G.A. §19-9-69(d), which required him to notify Alford and the trial court of the adoption when it was filed. Moreover, Justice Bethel questioned Barnhill’s attorney’s knowledge of and/or complicity with the litigation tactic, which he noted is a possible violation of Rule 8.4(a)(4) of the Georgia Rules of Professional Conduct. Justice Bethel also joined the majority in admonishing the Barnhills for their “disingenuous” argument that the undisclosed adoption caused Alford to lose her standing to pursue her visitation action. Their legal maneuvers, he added, were “unacceptable and flagrantly undermine both the Child’s interests and the integrity of the legal process.” He ended with a plea to the General Assembly to address the issue legislatively.

PRACTICE NOTE:  An attorney violates Rule 8.4(a)(4) of the Georgia Rules of Professional Conduct Rule 8.4(a)(4) if he or she “engage(s) in professional conduct involving dishonesty, fraud, deceit or misrepresentation.” Judge Bethel’s suggestion that the attorney may have participated in such conduct is much more than a mere slap on the hand. Custody cases can be so very difficult. Yet, no client is worth putting one’s own integrity, reputation and career on the line. When faced with such challenging issues, reach out to mdg Custody Litigation Consulting to see how I can support and assist you and your client in navigating through the difficulties, and obtaining a more favorable outcome. The fresh perspectives,  Litigation Support for Attorneys  and Litigation Support for Clients  may be exactly what you need!

The parties have one minor child. Wife filed a petition for divorce seeking joint legal and primary physical 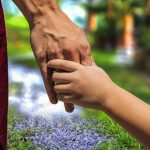