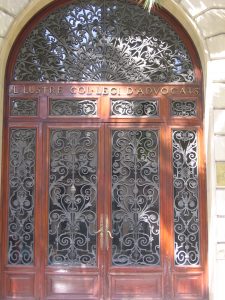 We discussed our law practices and some of the differences in how things are handled in Georgia and in Barcelona. And, we all agreed that there is so much that we, as attorneys, can learn and appreciate through legal and cultural exchanges such as this. So, our discussions focused on building connections between Georgia and Barcelona attorneys by facilitating exchanges of ideas and information through educational and cultural programs and networking opportunities. With your support, I hope this is the beginning of a lasting relationship. 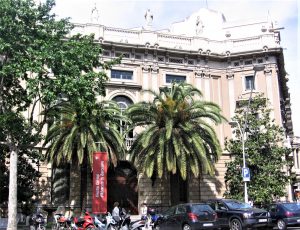 ICAB was established on January 17, 1833 under the Royal Order of Fernando VII. It now has over 24,000 members, 26 law sections and 28 committees and commissions supporting its members and the public.

ICAB is headquartered in the center of Barcelona in El Palauet Casades, the former family home of textile magnate Carles de Sasades i Còdols. The original building was built in the neoclassical style between 1881 and 1885. ICAB purchased the building as its headquarters in 1923, and later expanded the facilities to take over most of the city block.

The ICAB facilities are majestic! 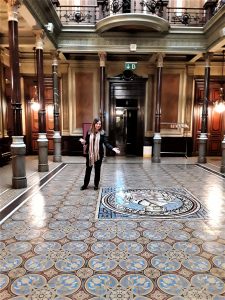 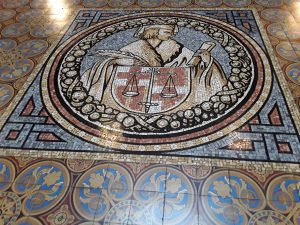 These are pictures in the Pati de Columnes, (Patio of columns), where receptions, presentations and other important events take place. Marta is pointing to a beautiful mosaic in the center of the floor of Sant Ramon de Penyafort, the Patron Saint of Lawyers. 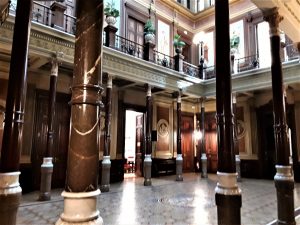 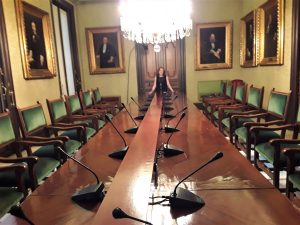 That’s me standing at the end of the table in the meeting room where the ICAB President has weekly meetings with the heads of the sections and committees. 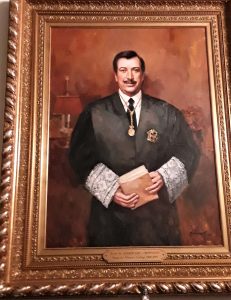 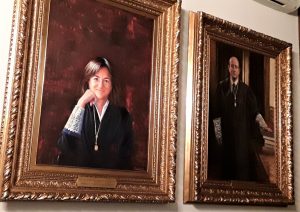 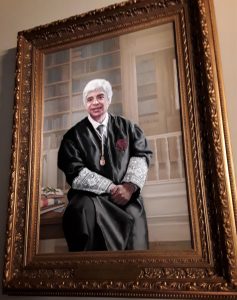 Notice that they all have lace cuffs on their robes. This is an honor the past Presidents receive once they have completed their four year term.

This is J. Oriol Rusca i Nadal, the most recent outgoing President who served from 2013-2017. Look closely to see the playing card hidden under the book at his side. Sr. Rusca prides himself as a magician, and made a special request that the card be a part of his portrait.

ICAB is very proud of its law library, and rightfully so. It is a true sight to behold. 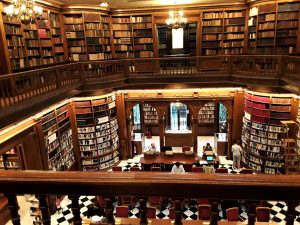 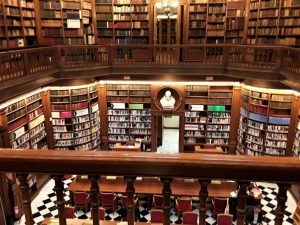 Renowned as one of the world’s first private law libraries, the ICAB library holds over 300,000 works in both Catalan and Spanish. 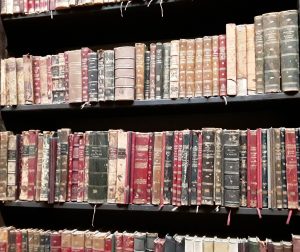 It is also home to a treasure trove of historic books, parchments, manuscripts and documents, some of which date back to the 11th century.

This one dates back to 1716, very important times in Catalan history. 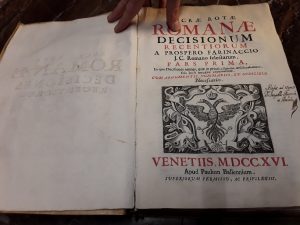 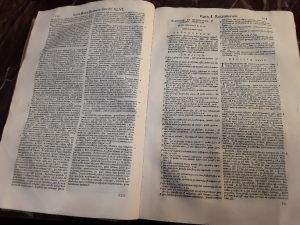 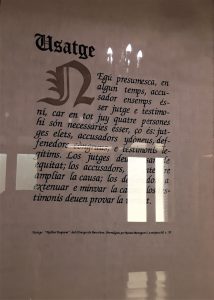 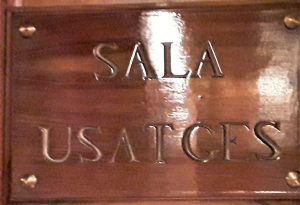 The collection for which the ICAB probably has the most pride is the Usatges de Barcelona. From the 12th century, the Usatges are the foundation for the rules and regulations that make up today’s Catalan laws. The law library has a room dedicated to this collection. 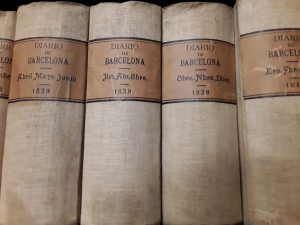 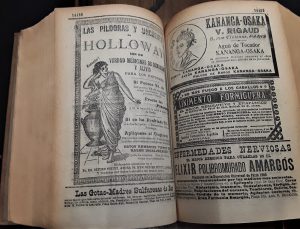 The law library is also home to bound copies of El Diario de Barcelona, the Catalan newspaper founded in 1792. These newspapers are from 1839. The ads are for water to help retain youthfulness, and liniments and elixers to improve health and weak nerves.

And, of course, the collection of La Vanguardia, a newspaper still in print today. The banner from October 24, 1940 shows that it sold for 15 cents. 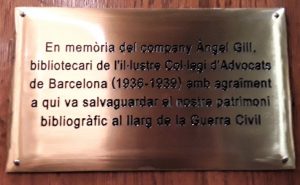 The ICAB holds great tribute to former librarian Angel Gill. In 1937, Sr. Gill led a group of Bar members in moving the books, many of which are in the Catalan language, to the building’s basement. As a result of their efforts, the books survived bombings during the Spanish Civil War, and the repression of the Catalan language during the Franco reign. Unfortunately, Sr. Gill paid the price for his heroic efforts, as he was later arrested and executed by Franco’s troops.

A significant amount of the library collection comes from donations. In the late 1800’s, the Bar incentivized donations through a plea to members stating “if each of the lawyers would give one of his less needed books, he would lose the property, but instead, he will win the use of hundreds of them…” In 1866, the first library catalog was published, with 248 books. By 1922, the library contained more than 40,000 books. In 1937, the law library boasted over 70,000 books. And, today, with more than 300,000 works, the library continues to grow through acquisitions and donations. Restoring the books is an ongoing project. Many books, such as these, still await professional restoration before they can be placed on the shelves.

My visit to ICAB was a highlight in my law career. Eugènia, Inma, Rosa, Mercè, Marta and the other ICAB members I met were gracious hosts who share my vision of bridging the international gap. We are excited about developing programs to enable exchanges of information and networking opportunities between Georgia and Barcelona attorneys. I am so looking forward to working with the ICAB to turn these visions into a reality. Stay tuned for more developments!

For more information about ICAB, go to http://www.icab.cat.